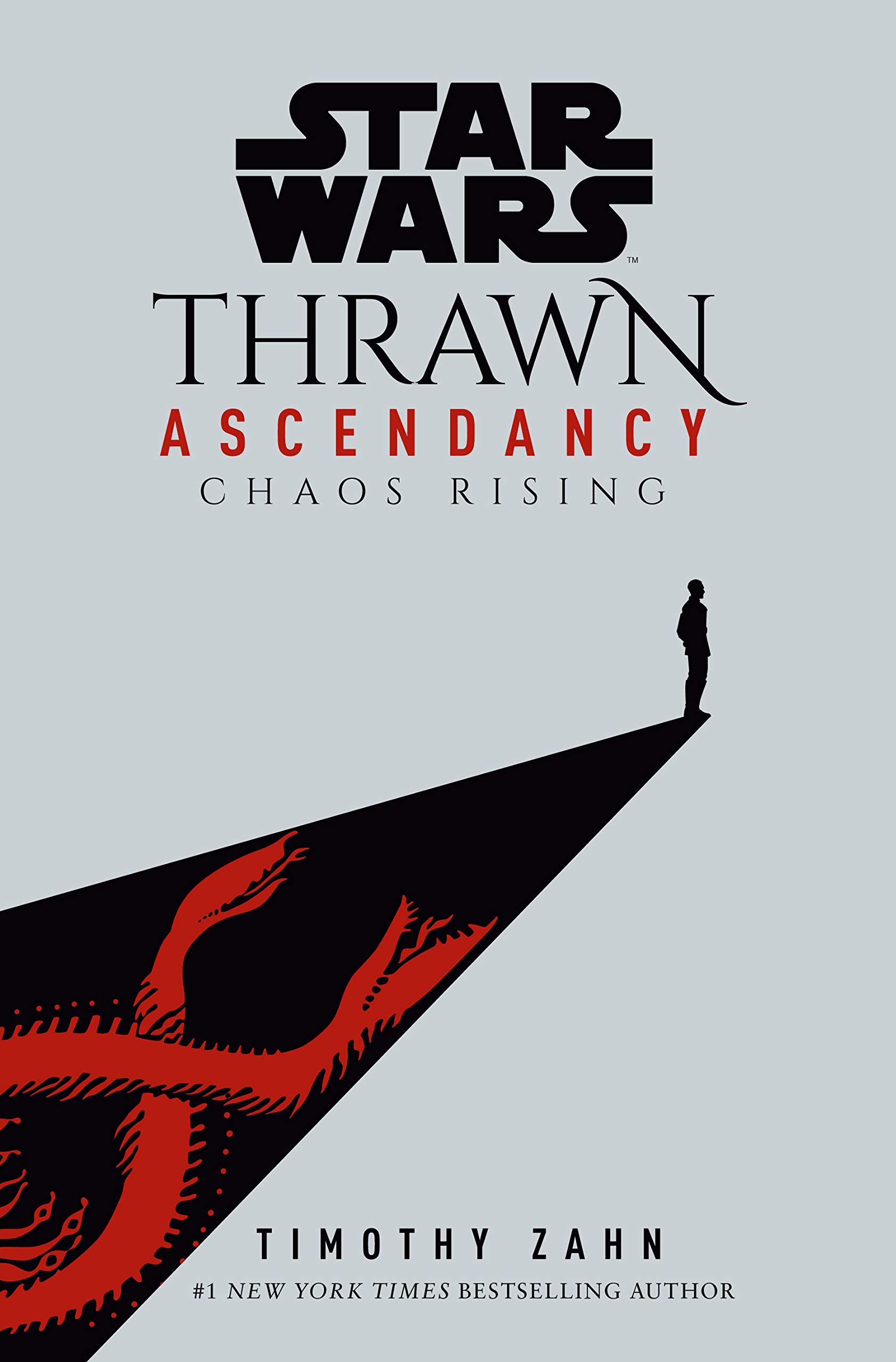 The attack on the Chiss Ascendancy homeworld of Csilla was sudden, unexpected, and—despite its limited scope—impressively efficient.

The three large warships came out of hyperspace on widely spaced vectors, driving inward toward the planet with spectrum lasers blaz­ing at full power toward the defense platforms and the orbiting Chiss Defense Force warships. The platforms and ships, caught by surprise, nevertheless took less than a minute to begin returning fire. By then the attackers had altered their directions, angling in toward the clus­ter of lights spread across the icy planetary surface that marked the capital city of Csaplar. Their lasers continued to fire, and as they came within range they added salvos of missiles to their attack.

But ultimately it was all for nothing. The defense platforms easily picked off the incoming missiles while the warships targeted the attack­ing ships themselves, blasting them into rubble and making sure that any fragments entering the atmosphere were too small to survive the journey. Within fifteen minutes of the attack force’s arrival, it was over.

The threat had ended, Supreme General Ba’kif thought grimly as he strode down the central corridor toward the Cupola where the syndics and other Aristocra were assembling after making their way back from the shelters.

And there would be plenty of both. As the supreme ruling body of the Ascendancy, the Syndicure liked to project an image of thoughtfulness, nobility, and unflappable dignity. Most of the time, aside from the inevitable political wrangling, that was close enough to the truth.

But not today. The Syndicure had been in full session, and the Speakers had had their own private meeting scheduled for later in the afternoon, which meant nearly all of the Ascendancy’s top-level Aristocra had been in the offices, corridors, and meeting rooms when the alarm sounded. The shelters deep beneath the Cupola were reasonably roomy and marginally comfortable, but it had been de­cades since the last direct attack on Csilla and Ba’kif doubted any of the current government officials had ever even been down there.

Two hours of forced idleness while the Defense Force waited to see if there would be a follow-up attack hadn’t gone over well with them, and Ba’kif had no illusions that the coming storm would be thought­ful, noble, or unflappable.

“What I want to know,” the Speaker for the Ufsa family spoke up after Ba’kif had finished his report, “is who the aliens are who dared think they could get away with an attack against us. A name, General—we want a name.”

“Why not?” the Speaker demanded. “You have debris, don’t you? You have data records and bodies and weapons profiles. Surely a name can be gleaned from all that.”

“The Ascendancy has been attacked,” the Speaker for the Mitth family cut in gravely, as if the others might somehow have missed that fact. “We need to know who to punish for such arrogance.”

“Yes,” the Usfa said, throwing a brief glare down the table.

Ba’kif suppressed a sigh. In times gone by, major threats to the Ascendancy had usually drawn the Ruling Families into a unity that superseded the usual political maneuvering. He’d held a small hope that today’s attack might spark such a response.

Clearly, that wasn’t going to happen. In the case of the Usfa and Mitth, in particular, those families were in the midst of a particularly tangled campaign with a newly opened mining field on Thearterra as the prize, and the Usfa was clearly annoyed at having had some of his spotlight stolen by his family’s current chief rival. “More than that,” he added, his glare daring the Mitth to interrupt again, “we need assurance that the Defense Force has the resources to defend the Chiss against further action by these unidentified enemies.”

The questis data-link reader lying on the table in front of Ba’kif lit up as a fresh report came in. He picked it up, propping it at an angle on his left palm while he slid his finger along the edge to scroll the screen. “The Syndicure need not be concerned about their safety,” he said. “I’ve just received word that four additional warships from the Expansionary Fleet have been rushed in from Naporar and are mov­ing to support the Defense Force ships already in place.”

He winced to himself. Young men and women, ready to give their lives to protect their homeworld. Noble and honorable . . . and a sac­rifice, if it was ever required, that he and everyone else currently in the Cupola knew would be a complete and utter waste.

Fortunately, it didn’t look like any such sacrifice would be needed today.

“And if they attack other worlds within the Ascendancy?” the Usfa pressed.

“Other ships have already been sent to bolster the patrol forces of the neighboring systems in case they’re the targets of subsequent at­tacks,” Ba’kif said.

“Has anyone else reported attacks or enemy sightings?” the Speaker for the Clarr asked.

“Not as yet, Speaker,” Ba’kif told him. “As far as we can tell, this was an isolated incident.”

The Speaker for the Obbic family gave a theatrical little snort. “I seriously doubt that, General,” she said. “No one sends warships against the Ascendancy on a lark and then goes home. Someone out there is plotting against us. That someone needs to be found and taught a serious lesson.” 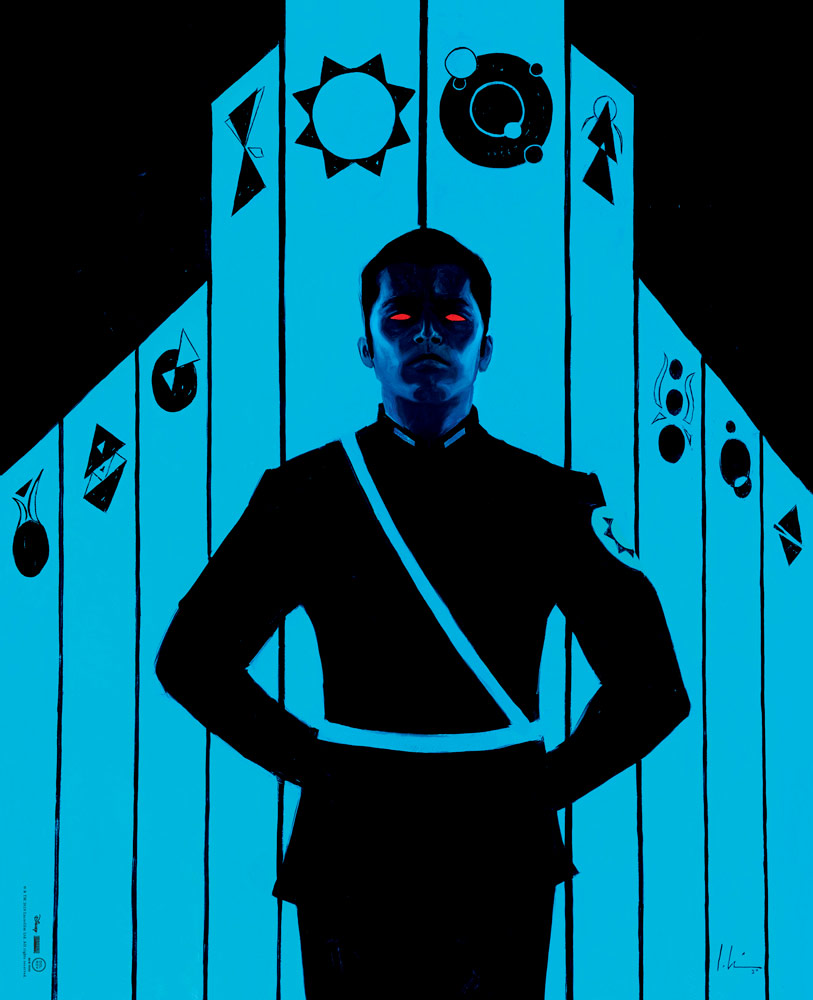 It went on that way for another hour, with each of the Nine Ruling Families—and many of the Great Families who had aspirations of joining that elite group—making sure to get their outrage and determination on record.

It was, for the most part, a waste of Ba’kif ’s time. Fortunately, ex­tensive experience in the military had taught him how to listen to politicians with half his mind while focusing the other half on more urgent matters.

The Speakers and syndics wanted to know who had attacked the Ascendancy. They were looking in the wrong direction.

The more interesting question was not who, but why.

Because the Obbic had been right. No one attacked Csilla for the fun of it. That went double for an attack that cost three major war­ships without providing any obvious gain. Either the attacker had misjudged badly, or else he’d achieved a more subtle goal.

The majority of the Syndicure clearly assumed the attack had been a prelude to a more sustained campaign, and once they finished their posturing they would undoubtedly start urging the Defense Force to pull its ships inward for the protection of the major systems. More than that, they would probably insist the Expansionary Defense Fleet likewise withdraw from the borders to augment them.

Was that the goal? To keep the Chiss looking inward and not out­ward? In which case, bowing to the Syndicure’s demand for security would play directly into the enemy’s plans. On the other hand, if the syndics were right about this being the start of a full-fledged cam­paign, leaving the Expansionary Fleet out in the Chaos could be an equally fatal move. Either way, if they guessed wrong, it would be too late to correct the error by the time they knew the truth.

And that possibility, at least, he could look into right now. Surrep­titiously, he keyed a search order into his questis.

Midway through the Cupola session, as he continued to make his soothing noises to the Aristocra, he had the answer.

One of Ba’kif ’s aides was waiting when the general finally made it back to his office. “Were you able to locate him?” Ba’kif asked.

“Yes, sir,” the aide said. “He’s on Naporar undergoing his final round of physical therapy for the injuries sustained during the Vagaari pirate operations.”

Ba’kif scowled. Operations that, while successful in a military sense, had been a complete disaster on the political front. Months later, many of the Aristocra were still brooding over that whole mess. “When will he be free?”

“Whenever you wish, sir,” the aide said. “He said he would be at your disposal whenever you wanted him.”

“Good,” Ba’kif said, checking the time. Half an hour to bring the Whirlwind to flight status, four hours to get to Naporar, another half hour to get a shuttle down to the Chiss Expansionary Fleet medcen­ter. “Inform him that I want him ready in five hours.”

“Yes, sir.” The aide hesitated. “Do you want the order logged, or does this qualify as a private trip?”

“Log it,” Ba’kif said. The Aristocra might be unhappy when they found out about this—the Syndicure might even assemble a tribunal somewhere down the line to waste more of his time with useless questions—but Ba’kif was going to do things strictly by the book. “Order from Supreme General Ba’kif,” he continued, hearing his voice drop into the tone he always used for formal orders and re­ports.

“Preparing transport for myself and Senior Captain Mitth’raw’nuruodo. Destination: Dioya. Purpose: investigation of a derelict ship found two days ago in the outer system.”

“Yes, sir,” the aide said briskly. His voice was studiously neutral, giving away nothing of his own personal feelings on the matter. Not all those who thought poorly of Captain Thrawn, after all, were mem­bers of the Aristocra.

At the moment, Ba’kif didn’t care about any of them. He’d found the first half of the why.

Now there was only one person he trusted to come up with the other half.

Any cookies that may not be particularly necessary for the website to function and is used specifically to collect user personal data via analytics, ads, other embedded contents are termed as non-necessary cookies. It is mandatory to procure user consent prior to running these cookies on your website.