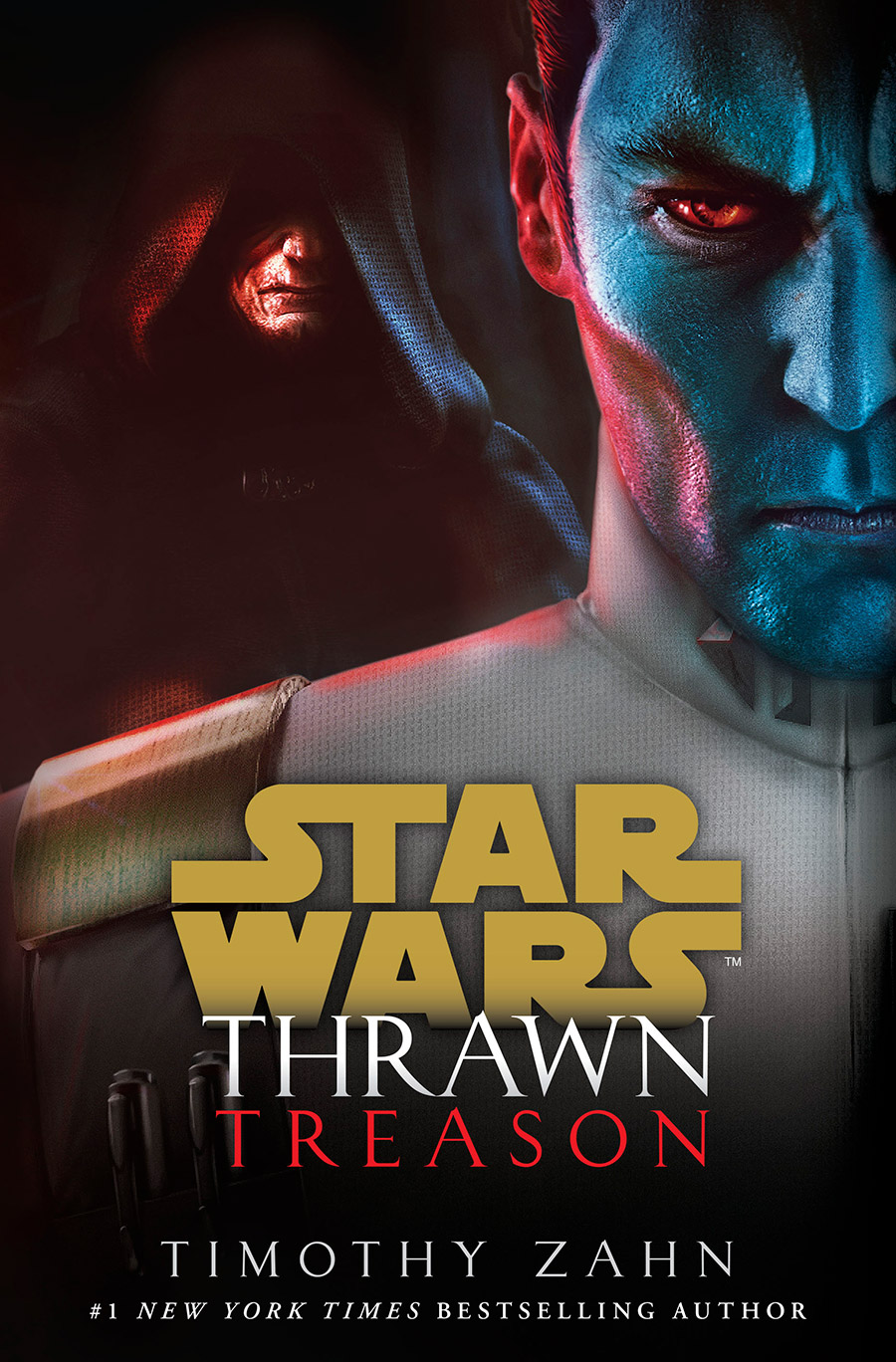 Three men are seated around the table in the Star Destroyer Firedrake’s command conference room. The room itself is a duplicate of the Chimaera’s conference room, though the Firedrake’s table and chairs are newer and somewhat more elaborate.

“Ah—Grand Admiral Thrawn,” Tarkin said in greeting. His expression holds anticipation, perhaps an underlying calculation. His voice holds calmness, perhaps with the mental preparation of one going into combat. “Allow me to introduce Grand Admiral Savit, commander of the Firedrake and the Third Fleet. I don’t believe you two have met before.”

“No, Governor, we haven’t,” Savit said. His voice holds guarded welcome. His expression holds wariness and evaluation. His body stance holds a mixture of confidence and pride. “Welcome aboard, Admiral.”

“You may have heard of Admiral Savit through his family’s music programs on Imperial Center,” Tarkin said. The calculation in his voice increases. The tone holds warning, perhaps a heightened political awareness of the strong cultural position of Savit’s family.

“So I have. I would very much like to attend one of your performances someday.”

“You’d certainly be welcome,” Savit said. His voice holds pride and a hint of smugness, reflecting his own awareness of his family’s status.

“Not at all. I wish only to preserve the funding I was already promised.”

“By the Emperor himself, I might add,” Tarkin said. He looks at Krennic for half a second, his eyes unblinking, then touches a switch on the console before him. There is a stiffness to his touch, perhaps holding combat readiness. “Now that we’re all assembled, I shall alert him that we’re ready to proceed.”

There is a pause of eleven seconds. No one speaks. Tarkin’s eyes remain fixed on Krennic. Krennic’s eyes shift between Thrawn and Tarkin. Savit’s eyes remain on the table’s holopad, his expression holding watchful calm.

The holopad lights up, and an image of the Emperor appears above it. “Good day, Governor Tarkin,” he said. His voice holds anticipation and interest. The shaky image renders his expression, currently in profile, unreadable. “Director Krennic; Grand Admiral Savit; Grand Admiral Thrawn.”

“Good day, Your Majesty,” Tarkin said. He inclines his head in greeting and perhaps respect. The others do the same. Krennic’s expression includes a small smile, perhaps holding confidence. “As you know, Project Stardust has run into a small problem, which I thought should be presented to you.”

“Indeed.” The Emperor’s face turns to Krennic. The corners of his mouth turn downward. “I was under the impression that Stardust was proceeding at a satisfactory pace.”

“The project itself is, Your Majesty,” Krennic said. His voice continues to hold confidence. “The problem is merely in the supply chain, and I assure you it’s under control.”

“Is it?” the Emperor countered. “Governor Tarkin seems to believe differently.”

“Indeed, Your Majesty,” Tarkin said. His expression does not change, but there is a loosening of facial muscles that perhaps indicates a hidden desire to smile. “And as Director Krennic seems unwilling or unable to face the problem, I have invited Grand Admiral Thrawn here for consultation.”

“So I see,” the Emperor said. The image turns, a small smile touching his lips. “And what, pray tell, does Grand Admiral Mitth’raw’nuruodo think of this situation?”

“Actually, Your Majesty, I’ve not had an opportunity to bring the admiral up to speed,” Tarkin said. “With the extreme security surrounding Stardust, I deemed it prudent to keep any such details off the HoloNet.”

“Very wise, Governor Tarkin,” the Emperor said. “Perhaps, Director Krennic, you would be kind enough to explain your reading of the situation.” The corners of his mouth again turn down. “For both our benefits.”

The muscles in Krennic’s throat tighten briefly. “As I said, Your Majesty, the situation is under control. We’re merely having a few problems with mynocks at the equipment transfer point.”

“They’re also considerably larger and tougher than typical mynocks,” Savit put in. His expression holds hidden amusement. “Governor Haveland and her people have had a great deal of trouble with them in the Esaga sector.”

“The point is that they’re a nuisance and nothing more,” Krennic said. The skin reddening fades. His voice holds renewed control. His eyes are steady on Tarkin, perhaps holding challenge.

“A nuisance?” Tarkin asked. His expression holds triumph. “Your own reports show the equipment and point-defense turbolaser transshipments are already three weeks behind schedule. I don’t see how this qualifies as merely a nuisance.”

“So you are saying Stardust is being held hostage by a group of vermin?” The Emperor’s voice holds controlled anger. His eyes focus on Krennic.

“I assure Your Majesty that the problem is under control.” Krennic’s voice holds fresh caution. But the confidence remains intact.

“A delay of three weeks seems more than simply a nuisance. But I have duties to attend to on Lothal.”

“We all have duties, Admiral,” Tarkin said. “But Governor Pryce has the bulk of your force available to maintain order. Surely you can spare some time to deal with this problem.”

“It appears that Admiral Savit has more information and experience with these creatures than I do. He would be better able to find a solution.”

“Admiral Savit also has other duties,” Tarkin said. “Furthermore, he lacks your tactical and problem-solving capabilities. Capabilities of which, I dare say, Director Krennic should already have been cognizant.”

“I tire of this bickering,” the Emperor said. “You, Governor, were the one who arranged this meeting. What precisely was your intent?”

Tarkin’s eyes are steady, his face again holding triumph. “Director Krennic has suggested to Your Majesty that the funds earmarked for the TIE Defender program be transferred to Stardust. I propose that this delay in Stardust equipment shipments not only threatens the project’s timetable, but also squanders funds that could and should be utilized elsewhere.”

“So you propose a trade?” the Emperor asked. His voice holds anticipation.

“I do, Your Majesty,” Tarkin said. “I propose that if Admiral Thrawn is able to solve this problem and destroy the grallocs, the necessary funds be restored to his Defender program.”

Krennic is silent a full second. “I would be willing,” he said at last. His face is under careful control. His eyes are wary, as if watching a stalking animal. “If Admiral Thrawn can destroy them within the next week.”

“That’s hardly fair,” Savit objected. His expression and voice hold contempt. “As I said, Governor Haveland has been dealing with these things for years.”

“If Admiral Thrawn can’t solve it in that time, he’s of no use to us,” Krennic countered. “It would also, I daresay, bring his so-called problem-solving capabilities into serious question.”

“Admiral Mitth’raw’nuruodo?” the Emperor asked. “I give you the decision.”

“Very well,” the Emperor said. The corners of his mouth turn up in a satisfied smile. 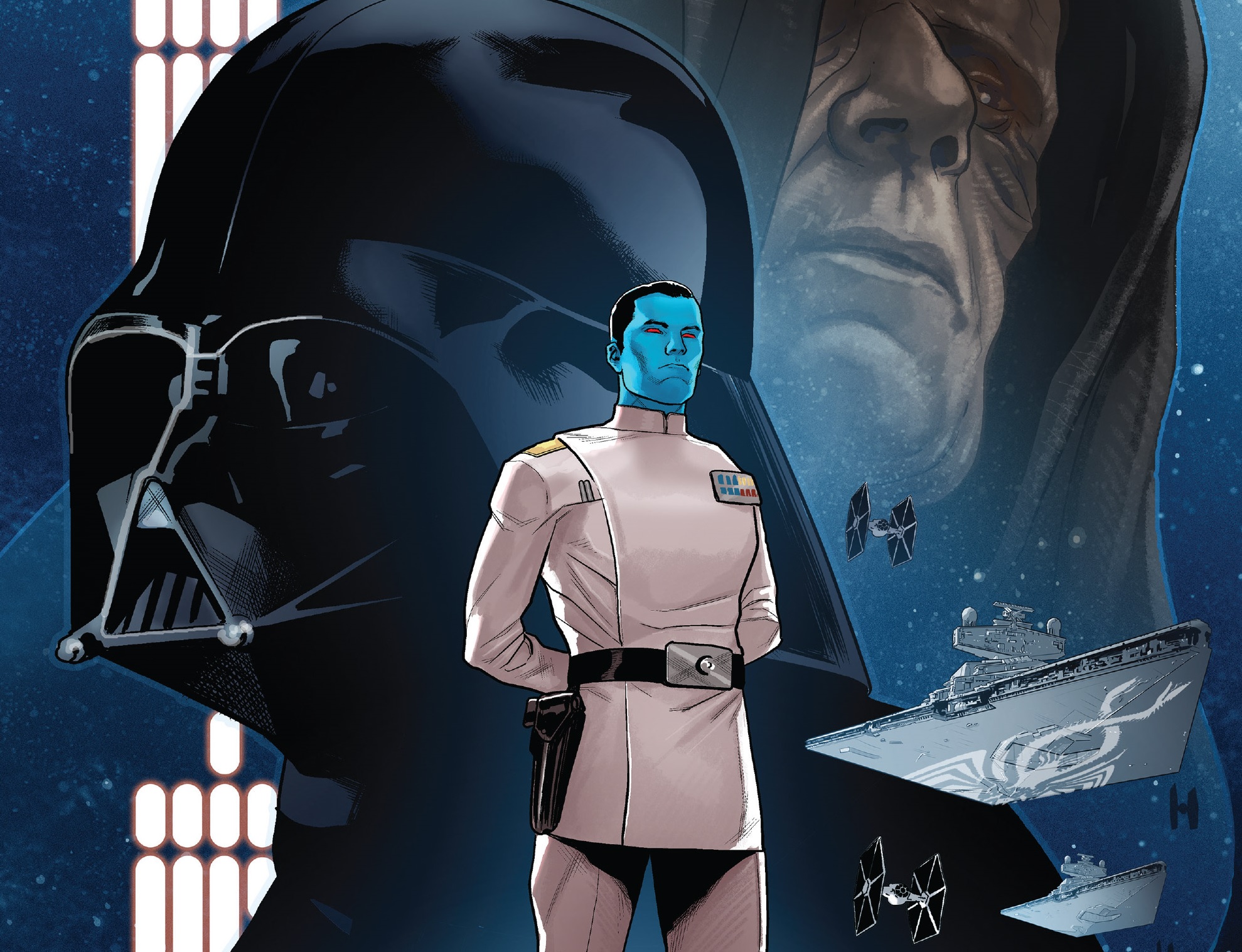