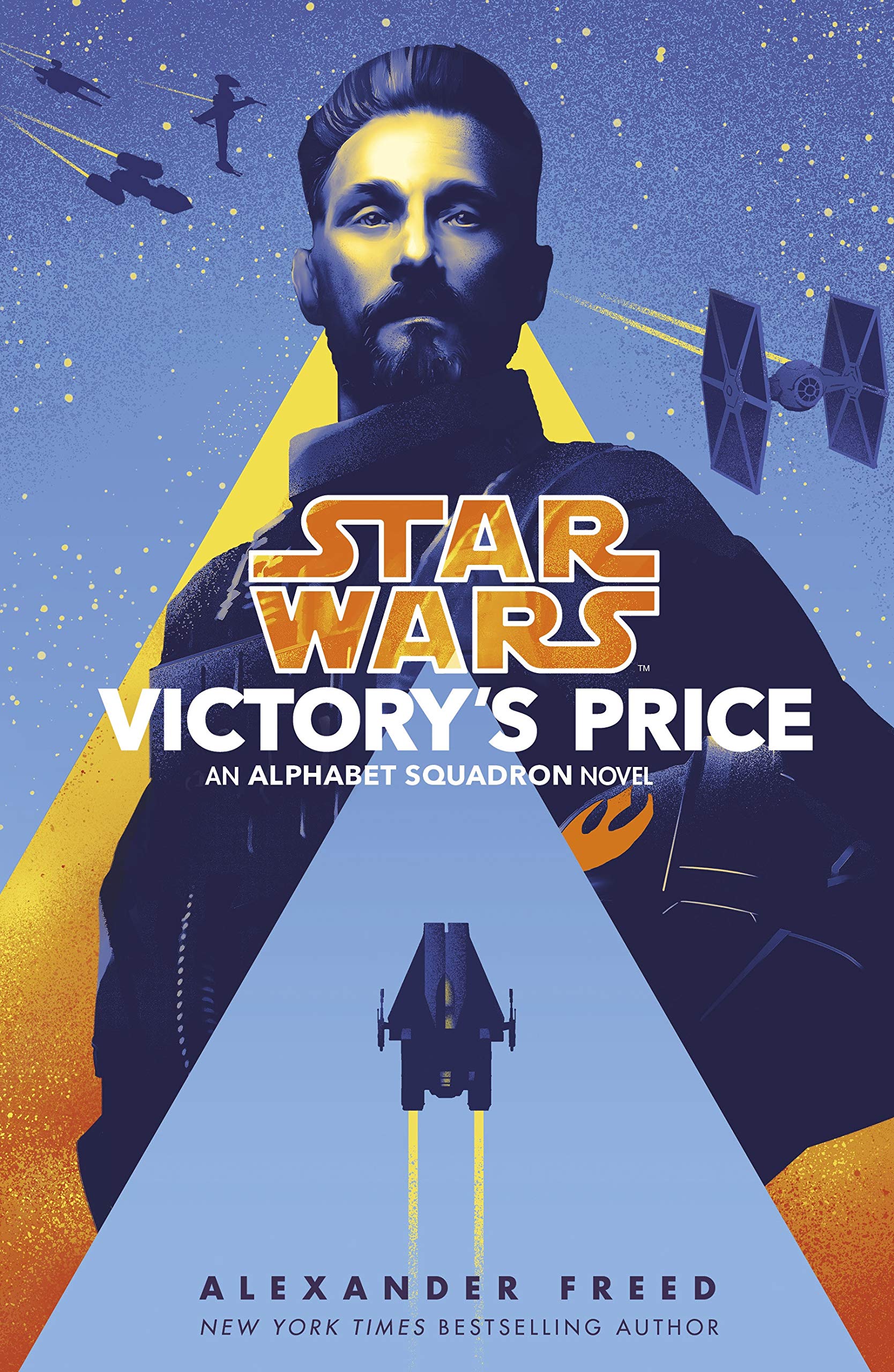 Flare Squadron and Hail Squadron were in flight now, breaking to either side of Wyl and Wild Squadron. One TIE swept toward each of the New Republic squadrons, releasing a swift cannon volley that spattered against rocks or fizzled with distance. Flare and Hail’s TIEs turned to retreat after firing, but the last TIE stayed on course. Wyl could see it ahead of him, its central eye occluded by a passing asteroid.

What are you planning?

The TIE juked to one side. Wyl called out a warning to Denish Wraive, but the TIE’s next cannon burst wasn’t aimed at the elderly man’s fighter. Instead the bolts impacted the closest asteroid and shattered it. Wyl could see fragments, shrapnel, exploding toward him, exploding toward Wraive . . .

“Watch out!” he cried, leaning over the console as he gave his thrusters a burst, then pulled up to avoid smashing into another asteroid. Wraive was still alive — still on the scanner, at least — but the TIE had moved on beneath and past him, slipping between rocks for cover as New Republic fighters returned fire. “It’s baiting us!” he said. “Keep on course for the freighter and don’t engage unless necessary!”

But the TIE never moved to engage. Instead it continued cracking asteroids. It flickered in and out of scanner visibility as it activated jammers, and Wyl listened to the alarmed cries of his pilots interspersed with static. He prepared to turn back but saw with alarm that he’d outdistanced his comrades — the A-wing had pulled away when the first cloud of shrapnel had separated him from the slower fighters.

Had that been intentional? He couldn’t tell. It didn’t matter.

Wild Nine and Twelve had lost control evading the asteroids; they both went spiraling through the squadron, forcing the other fighters to scatter. The TIE had a clear path back to its freighter now, but Wyl was closer and the Deliverance had accelerated to frightening speed, plowing through the asteroid field and ignoring the rocks that dashed against its deflectors.

“They’re getting ready to jump.” It was Syndulla’s voice, almost growling from the comm. “They’re not responding to demands for surrender. If you can stop them—”

“I will pursue the TIE,” Kairos said. “Go after the freighter.”

Wyl didn’t know where the U-wing was and didn’t dare check. The asteroids were getting smaller — he was reaching the limit of the field — and he could see the freighter and its escorts in the distance, adjusting their course for a lightspeed jump.

He trusted Kairos. He trusted Syndulla. His gloved hand played across the console as he switched power from his shields to his thrusters. The A-wing sang a high-pitched metallic melody.

His cannons wouldn’t do any real damage to the freighter in the time he had left. He armed a concussion missile, pointed himself at the bright beads of the freighter’s thrusters, and ignored the chatter of the fighters behind him. Be a soldier, not a leader, he told himself. That’s what they need from you now.

“There is no violence in gravity. The empty sun consumes,” Chass said, then added: “Mess up their faces.”

He didn’t understand why she’d taken up prayer, or why she was quoting over the comm so much lately; but he’d take whatever help he could get.

His targeting computer unfolded. He was squeezing his firing trigger when another voice came through, garbled and nearly indecipherable:

“This is Lieutenant Quell of the 204th Imperial Fighter Wing. Withdraw immediately or be destroyed.”

He’d already loosed the weapon. He heard Chass swear and T5 squeal and silence from Nath and Kairos. General Syndulla had time to utter “Quell?” before the TIE activated its jammers again and Wyl was too startled to do anything but watch the exhaust trail of his missile; too startled to notice the exploding asteroid behind him until a granite chunk smashed through his depowered rear deflector and shoved his body into his harness, triggered a blaring alarm. One of his thrusters went out and he was spiraling. A thread of emerald crossed his canopy and he realized the TIE was shooting.

Yrica Quell was shooting at him.

He tried to wrestle the A-wing back on course, whispering soothing words as if to a spooked animal. His wings batted fist-sized chunks of rock, which initially flashed into dust upon contact with his shields; but as his deflectors failed, the rocks began to ring against his hull.

By the time he steadied himself the TIE had swept past. Its jammers were offline again, and he saw its scanner mark converge with that of the freighter; saw Flare and Hail approaching the freighter too late. He twisted his body to watch the Deliverance rain baleful green flame as the freighter and its escorts accelerated and distorted and burst into light, leaving behind only afterimages to suffer the Star Destroyer’s wrath.

“What the hell?” Chass asked, and she spoke what was in his heart.

What the hell? indeed. 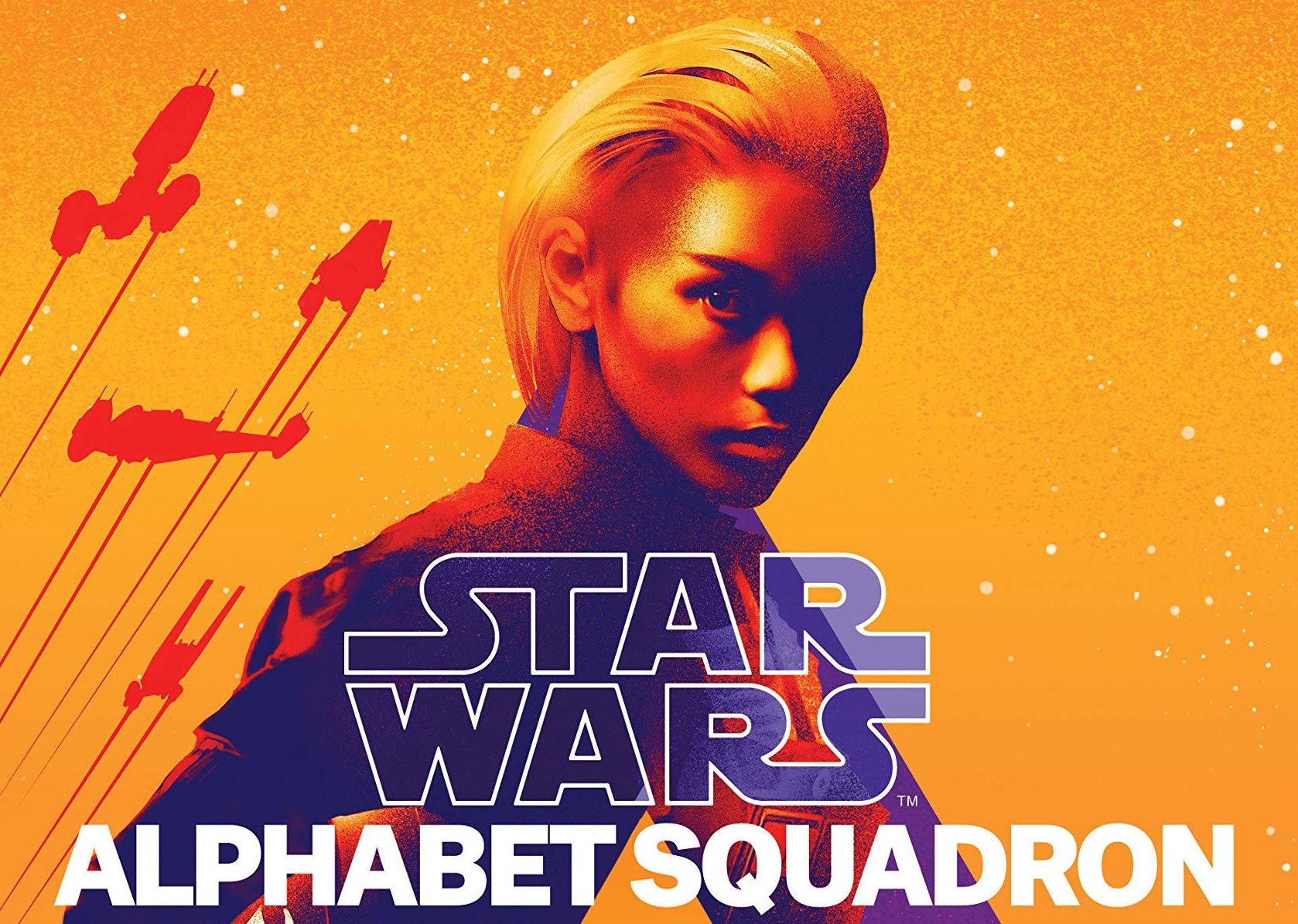